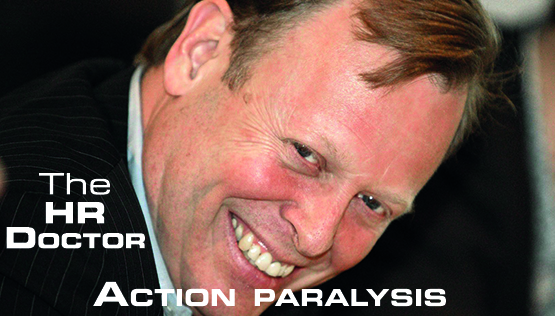 When I googled HR conference I got 625,000,000 results!  Conferences are great to be challenged, to force us to ask the right question, to network, to listen to deep experts, but I would question people who go to them looking for answers, looking for best practice that they can apply in their own organisation.  Just because something works in one company doenn’t mean it necessarily work in others.  This is one example of action paralysis.  Doing something, in this case irrelevant benchmarking, that we feel is value added, that gives us a feeling we are making progress, that gives us comfort we are doing something.  Instead we need to focus on doing fewer things, better.

The impact is really simple: HR never delivers anything of value because it’s too tied up with running around and around chasing its own tail. For a while people are impressed by this seeming hive of activity, but, as the underlying problems get worse and worse eventually someone with power notices and outsources HR.

I worked with one business whose moto was ‘world class in everything we do’.  This was fine in the business where they delivered high quality products in a highly competitive market, it was their source of differentiation.  The problem was HR had adopted it as a value.  As a result, everything they did was world class, which meant over engineered and over complex.  They had to make a shift in thinking to good enough is good enough. 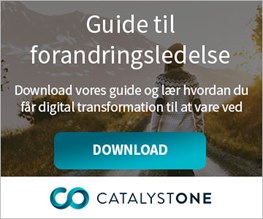